The First Meeting of States Parties to the UN Treaty on the Prohibition of Nuclear Weapons (TPNW) will take place at the United Nations Office in Vienna June 21-23 2022.

At this inaugural meeting, States Parties to the TPNW (nations who have ratified the treaty) will gather to commit to concrete actions to implement obligations under the Treaty, including on providing assistance to victims of nuclear weapon use and testing, beginning to remediate contaminated environments (Article 6) and universalising the treaty (Article 12). It will also be an opportunity for States to discuss some of the treaty’s technical details, like setting a deadline for the elimination of nuclear weapons for nuclear-armed states that join (Article 4).

What is Australia’s role at the Meeting of States Parties?

Though Australia has not yet joined the treaty, the First Meeting of States Parties (1MSP) is an opportunity for all nations to attend as ‘observers’, and provides an opportunity to meaningfully engage with the most significant development on nuclear disarmament of our time.

Observing 1MSP offers a means of participation for interested non-state party governments to follow the proceedings, to deliver statements outlining their positions, and/or to indicate support for the objectives of the treaty.

Sweden, Finland, Switzerland, Norway and Germany have already announced they will attend as observers. Significantly, Norway is the first “nuclear-endorsing” state to take this step. Australia can and must do the same!

In 2017 Australia boycotted the international negotiations to adopt the UN Treaty on the Prohibition of Nuclear Weapons. In 2022, many of those nations present will meet again for the first time since the Treaty became permanent international law. This time, we want Australia to be there.

Join the campaign to get Australian representatives to the First Meeting of States Parties – Become a Nuclear Weapon Ban Advocate today! 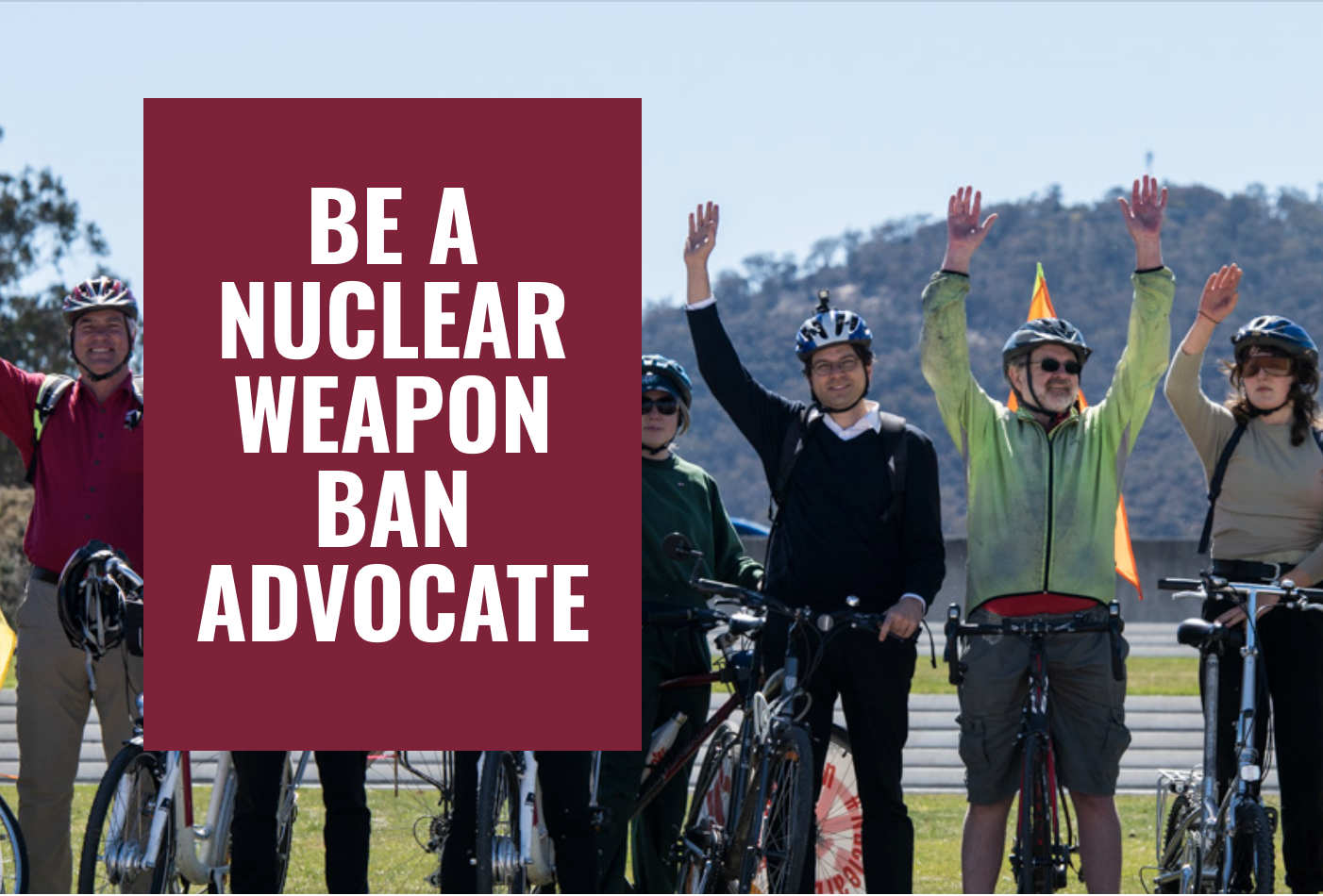 Why Australia Must Attend 1MSP:

Observing the meetings of a treaty is a well-established option to allow states or other actors beyond state parties to participate in discussions. For instance, the Convention on Cluster Munitions’ 1st Meeting of State Parties was observed by 34 states, many of which eventually became state parties.

The Treaty is consistent with other international agreements including the nuclear Non-Proliferation Treaty and the South Pacific Nuclear Free Zone Treaty, which Australia has joined. Observers will have a the opportunity to greater understand how these international instruments work in harmony with one another.

A great majority of the world’s nations support the TPNW including Australia’s neighbours in Southeast Asia and the Pacific. Attending as an Observer will allow Australia to demonstrate regional solidarity and enter meaningful dialogue with our Pacific and Southeast Asian neighbours about the Treaty and the security benefits it offers in the region.

Who could represent Australia at 1MSP?

There are many ways Australia could participate at the First Meeting of States Parties. The Federal Government could send the Minister for Foreign Affairs or other sitting Ministers in an observer capacity.  An Australian delegation of observers could also consist of parliamentarians from the Opposition, like the Shadow Minister for Foreign Affairs, or other Members of Parliament.

Australia also has a diplomatic representative to the United Nations in Vienna, and an Ambassador to Austria who could also be called on to observe.

Members of the Opposition could also attend as part of a civil society delegation. This is an important opportunity and would be consistent with Labor’s commitment to join the Treaty on the Prohibition of Nuclear Weapons in government, and thier current position of calling on the Morrison-Joyce Government to attend the June meeting.

As the official civil society coordinator of the 1MSP, ICAN International will organise a series of events in Vienna for NGOs participating in the conference, as well as for the public.

Get Active: Sign up as a Nuclear Weapon Ban Advocate, and call on your MP for Australia to attend.

Read More: Read the Observers Briefing for Parliamentarians about the First Meeting of States Parties.