The Australian Government’s position on the Treaty on the Prohibition of Nuclear Weapons (TPNW) is set out in one paragraph on the website of the Department of Foreign Affairs and Trade (accessed here in November 2020):

What is Australia’s view of the Treaty on the Prohibition of Nuclear Weapons (ban treaty)?

Australia does not support the “ban treaty” which we believe would not eliminate a single nuclear weapon. Additionally, it creates parallel obligations to the NPT, has not engaged any state that possesses nuclear weapons in its negotiations, ignores the realities of the global security environment, has weaker safeguards provisions than the existing NPT framework, and it would be inconsistent with our US alliance obligations. The ban treaty has yet to enter into force.

This paragraph misrepresents the treaty in a number of ways, which is why ICAN Australia have produced a new resource to set the record straight in “For the Record: Addressing the Australian Government’s misrepresentation of the UN Treaty on the Prohibition of Nuclear Weapons”. 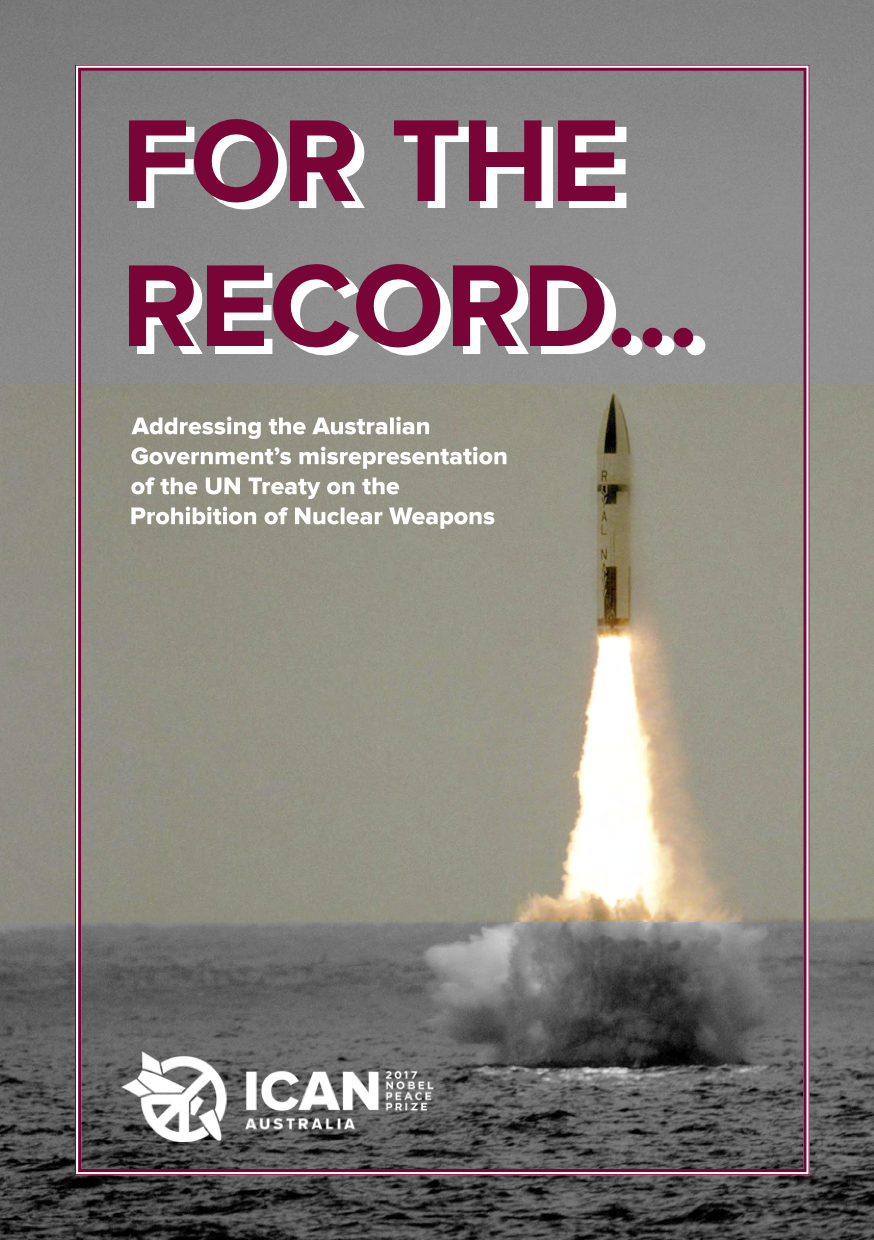 The ten-page booklet addresses claims made by Australia, including the myth that the TPNW conflicts with or undermines the Nuclear Non-Proliferation Treaty. It explains how the TPNW strengthens the international safeguards system and why Australia can indeed join the TPNW while maintaining its military alliance with the United States.

The TPNW will enter into force on the 22nd of January, 2021, rendering nuclear weapons illegal under international law. Far from maintaining safety, nuclear weapons pose a persistent threat. The TPNW will not rid our world of nuclear weapons overnight but it will increase pressure on nuclear armed and “nuclear endorsing” states like Australia to reject any involvement with these weapons of mass destruction.