The ICAN Cities Appeal was endorsed by the City of Hobart on 15 April, 2019.

Given the lack of action by the federal government on signing the UN Treaty on the Prohibition of Nuclear Weapons (2017), and the ongoing concern of Hobart residents about the threat nuclear weapons pose to communities throughout the world, the City of Hobart:

In August 2020, the City of Hobart hosted an event alongside by the Medical Association for the prevention of War (MAPW), Women in Black, Quakers and WILPF to mark the 75th Anniversaries of of nuclear attacks on Hiroshima and Nagasaki.

The City of Hobart Lord Mayor Anna Reynolds hosted a gathering to celebrate the entry into force of the Treaty on the Prohibition of Nuclear Weapons, with the support of ICAN, MAPW and Wimone International League for Peace and Freedom (WILPF) Tasmania.

The City of Hobart commemorated the 76th Anniversaries of the bombings of Hiroshima and Nagasaki by raising the ICAN flag at Hobart City Hall.  Lord Mayor Anna Reynolds noted that “76 years ago a nuclear bomb destroyed the city of Hiroshima. We mark this day to reflect on the destruction caused by nuclear weapons. Hobart is part of ICAN Cities in 20 nations who support the Treaty to Abolish Nuclear Weapons” 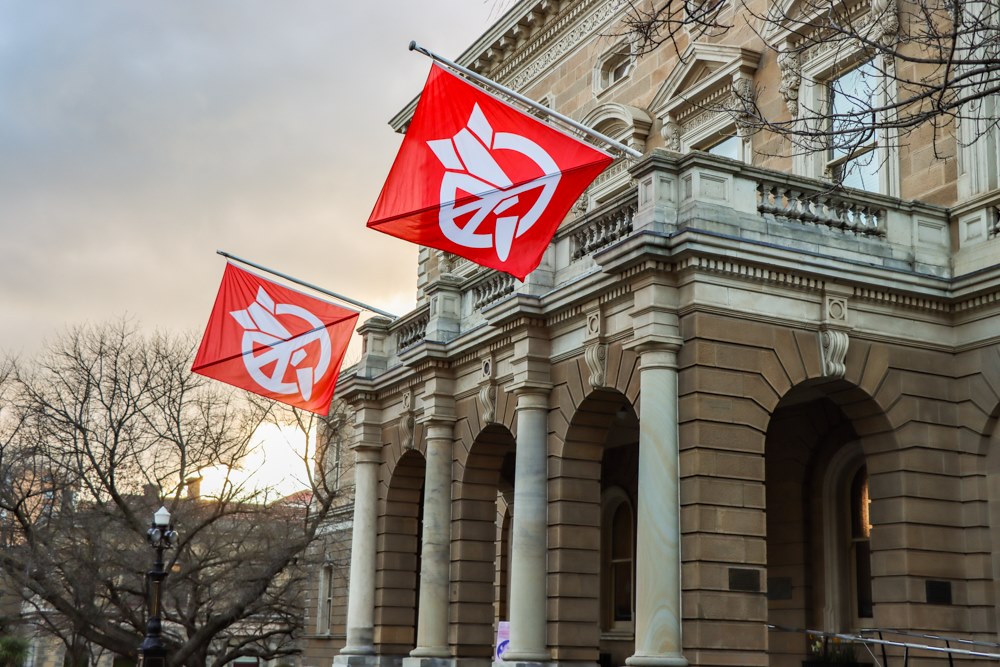 Image: The ICAN flags are raised at Hobart Town Hall on Hiroshima Day August 6th, 2021 on the 76th Anniversary of the bombings.