Across Australia, the birthplace of ICAN, the entry into force of the Treaty on the Prohibition of Nuclear Weapons was celebrated loudly along with a clear call for the federal government to sign and ratify without delay. Worldwide, more than 150 actions and gatherings created an undeniable wave of dissent to nuclear weapons and all who wield, build or support them.

The movement for the ban gathered online and at events in every Australian state and territory. We heard the powerful words of First Nations nuclear test survivors, unionists, parliamentarians, ambassadors, councillors, activists, medical professionals, poets and peacemakers. A wide array of civil society organisations joined the call for Australia to get in line with international law.

These are some of the highlights:

Some images of Australian events can be found here, and international events here.

With the treaty now in force, it will be harder for anyone to claim a legitimate role for nuclear weapons. They have always been immoral, and now they are illegal under international law.

Please consider a donation to ICAN Australia’s general fund or the Tom Uren Memorial Fund to support our work in 2021.

25.01.21  ‘Everybody’s got something at stake’: the push for Australia to sign historic treaty The Courier – Hayley Elg

22.01.21  51 ratify the Treaty on the Prohibition of Nuclear Weapons, but not Australia PM, ABC Radio National – Karina Lester

22.01.21  Nuclear weapons are now banned: meet one of the doctors who helped make it happen Medic Guild – Ruth Mitchell

22.01.21  The nuclear weapons ban treaty is groundbreaking, even if the nuclear powers haven’t signed The Conversation – Tilman Ruff 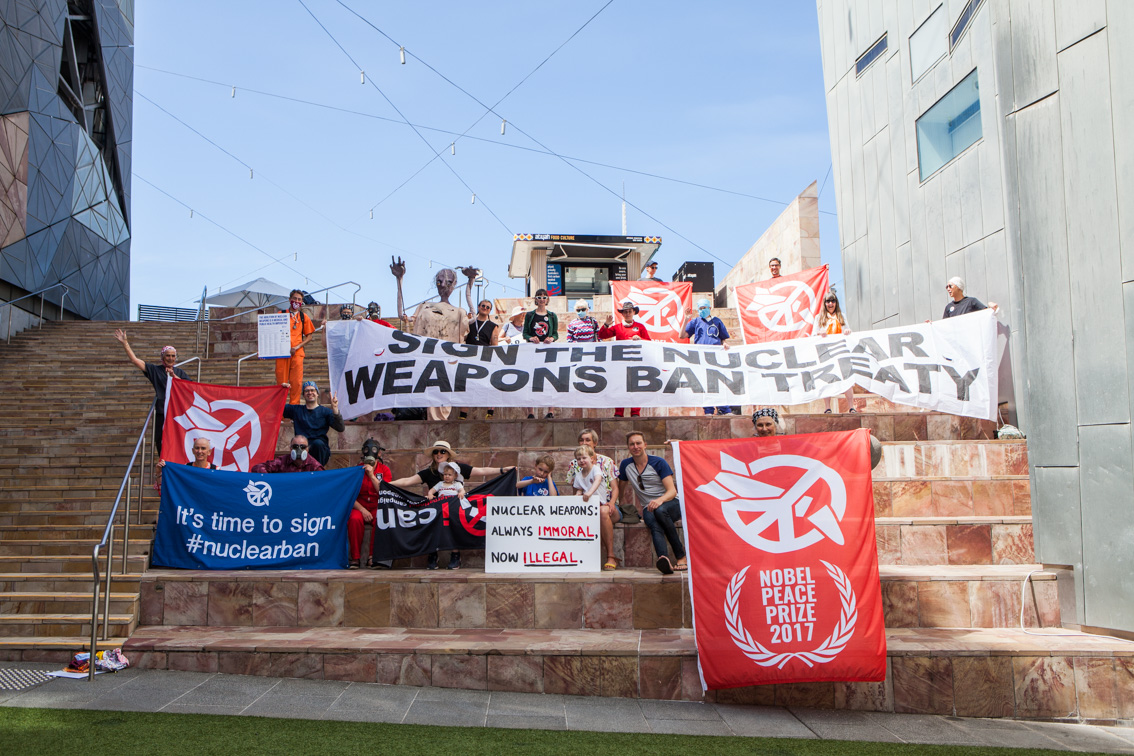