Ten independents call for Australia to step up on nuclear disarmament

As world leaders gather in New York this week for the annual opening of the United Nations General Assembly, ten independent federal parliamentarians have issued a joint statement calling for Australia to engage constructively on nuclear disarmament and the Treaty on the Prohibition of Nuclear Weapons (TPNW).

In the context of Russia’s open threats to use nuclear weapons and the failure of all nine nuclear-armed nations to progress disarmament, they note that the groundbreaking agreement, the TPNW, comes at a critical time. They state the “danger of nuclear war is widely assessed to be at least as great as during the 1962 Cuban missile crisis, and perhaps ever.”

Following a signature and ratification ceremony yesterday at the UN, the TPNW now has 91 signatories and 68 states parties, and seeks to deligitimise nuclear weapons and break the deadlock on progress on disarmament.

The independents welcome Labor’s pre-election commitment to sign and ratify the TPNW in government and urge the new government to “make use of every opportunity to advance Australia’s position in support of the Treaty on the Prohibition of Nuclear Weapons.”

If anything demonstrates the urgency of Australia supporting the Treaty on the Prohibition of Nuclear Weapons, as Labor has previously promised, it is the threat of Vladimir Putin deploying nuclear weapons; it shows that the threat of nuclear conflict is as great as it has ever been and that it is simplistic to believe that the threat of the devastation they would unleash is a sufficient deterrent against their use.

As geopolitical tensions escalate it is more urgent than ever to keep pushing for nuclear disarmament. I urge the Australian Government to sign and ratify the UN Treaty on the Prohibition of Nuclear Weapons at the earliest opportunity.

Under governments both Labor and Coalition, Australia has done the right thing and joined the treaties banning biological and chemical weapons, landmines and cluster munitions. It is time for us to join the treaty that bans the most destructive weapons of all. 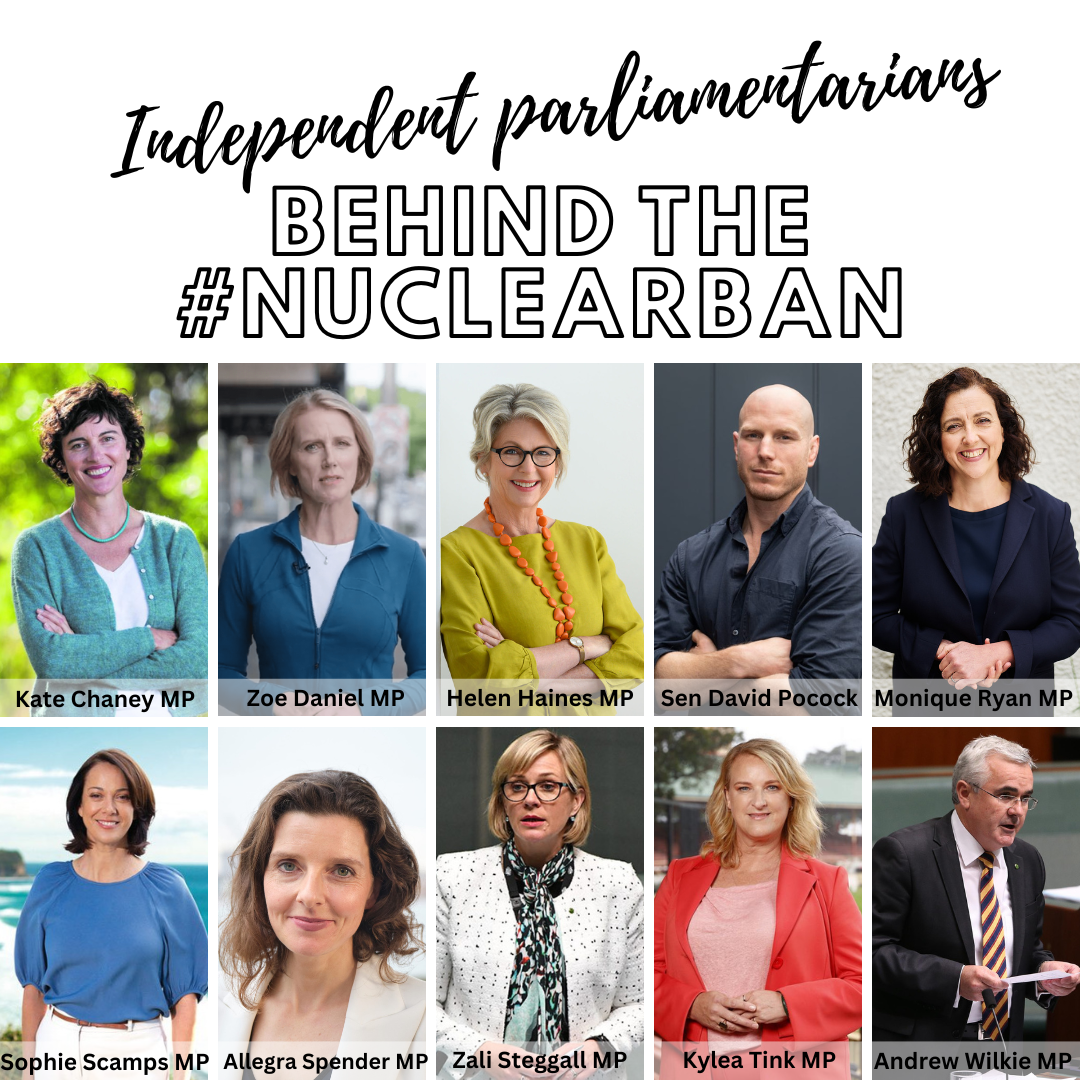