Today we officially launched Quit Nukes – nuclear weapon free finance, a new joint campaign with the Medical Association for Prevention of War. We are advocating for Australian super funds to cut ties with nuclear weapon producers.

This global movement is already well underway, with 77 financial institutions commended for their policies on nuclear weapons by Don’t Bank on the Bomb.

The nuclear weapon ban treaty prohibits anyone from assisting with the production of these weapons, including by financing them. As it moves closer to entering into legal force, it provides a clear motivation to divest from destruction and fund a future without nukes. 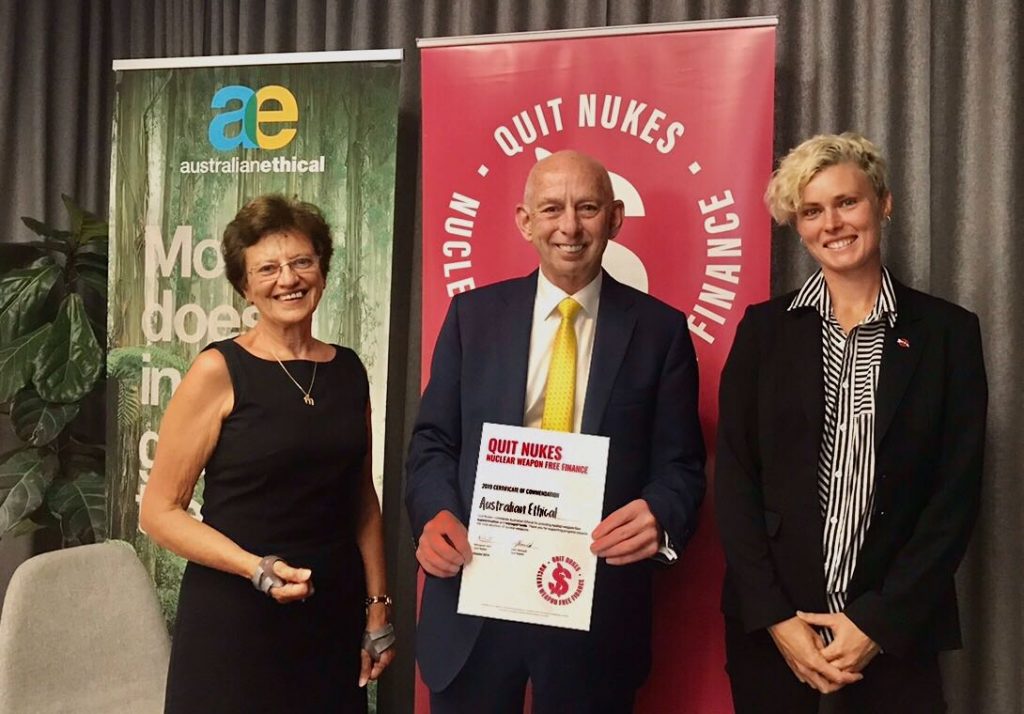 To kick off Quit Nukes on the first day of UN Disarmament Week, we addressed the board and staff of Australian Ethical Super, commending their policy to exclude investments in nuclear weapons. Steve Gibbs, Acting CEO (pictured here with Margaret Peril and myself), said “here at Australian Ethical we know it’s possible to deliver on value and values, and we are proud to offer nuclear weapon free investments and support this important campaign”.

What can you do?