Public opinion polling in 2022 demonstrates that a large majority of Australians view nuclear weapons as unacceptable and want the Australian Government to sign and ratify the UN Treaty on the Prohibition of Nuclear Weapons. A March 2022 Ipsos poll put the following questions to a sample of 1000 people:

1. It is unacceptable for nations to threaten each other with nuclear weapons.

Neither Agree nor Disagree: 8%

2. Nuclear weapons are now banned under international law by the UN Treaty on the Prohibition of Nuclear Weapons. Australia should end any support for nuclear weapons and sign and ratify this treaty.

Neither Agree nor Disagree: 18% 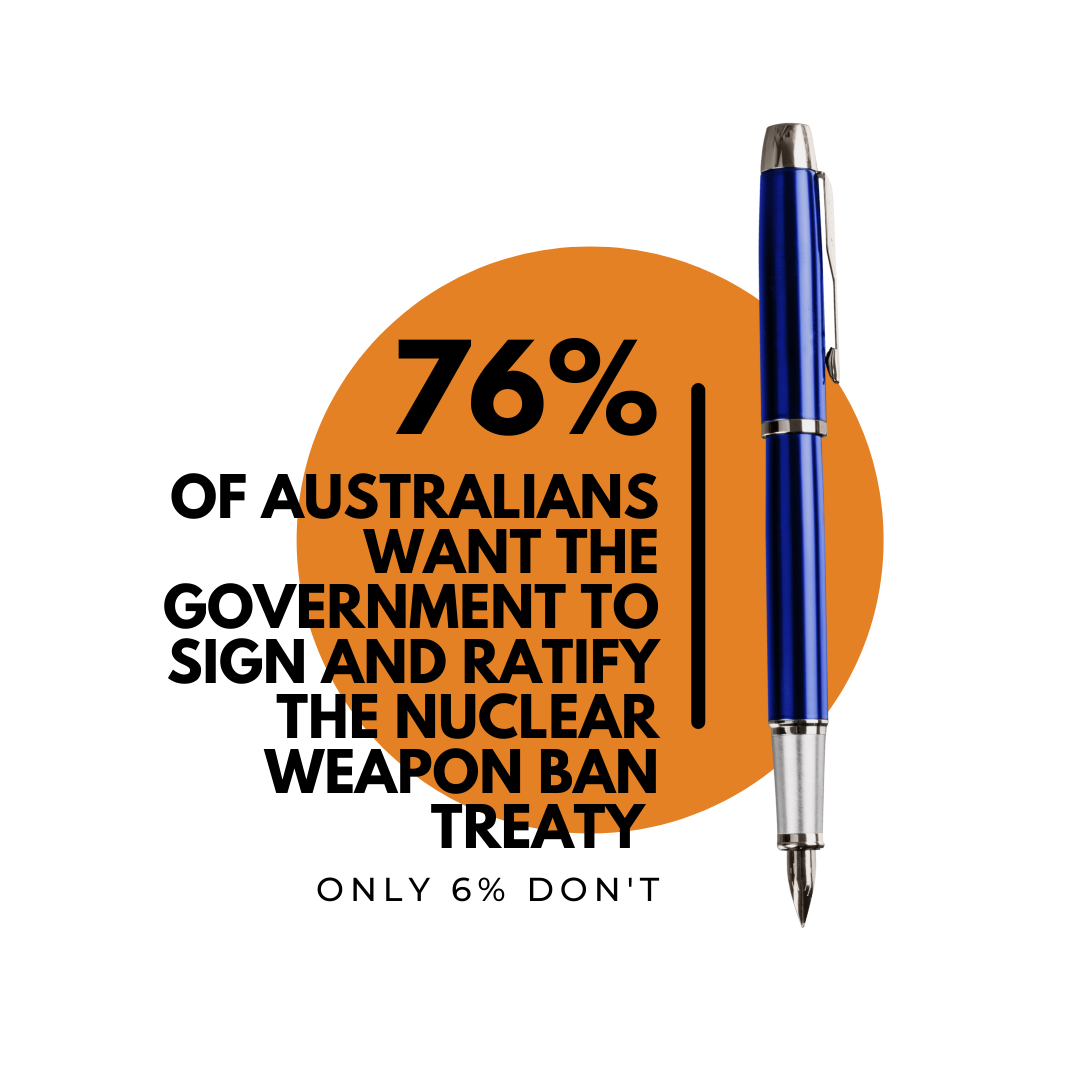 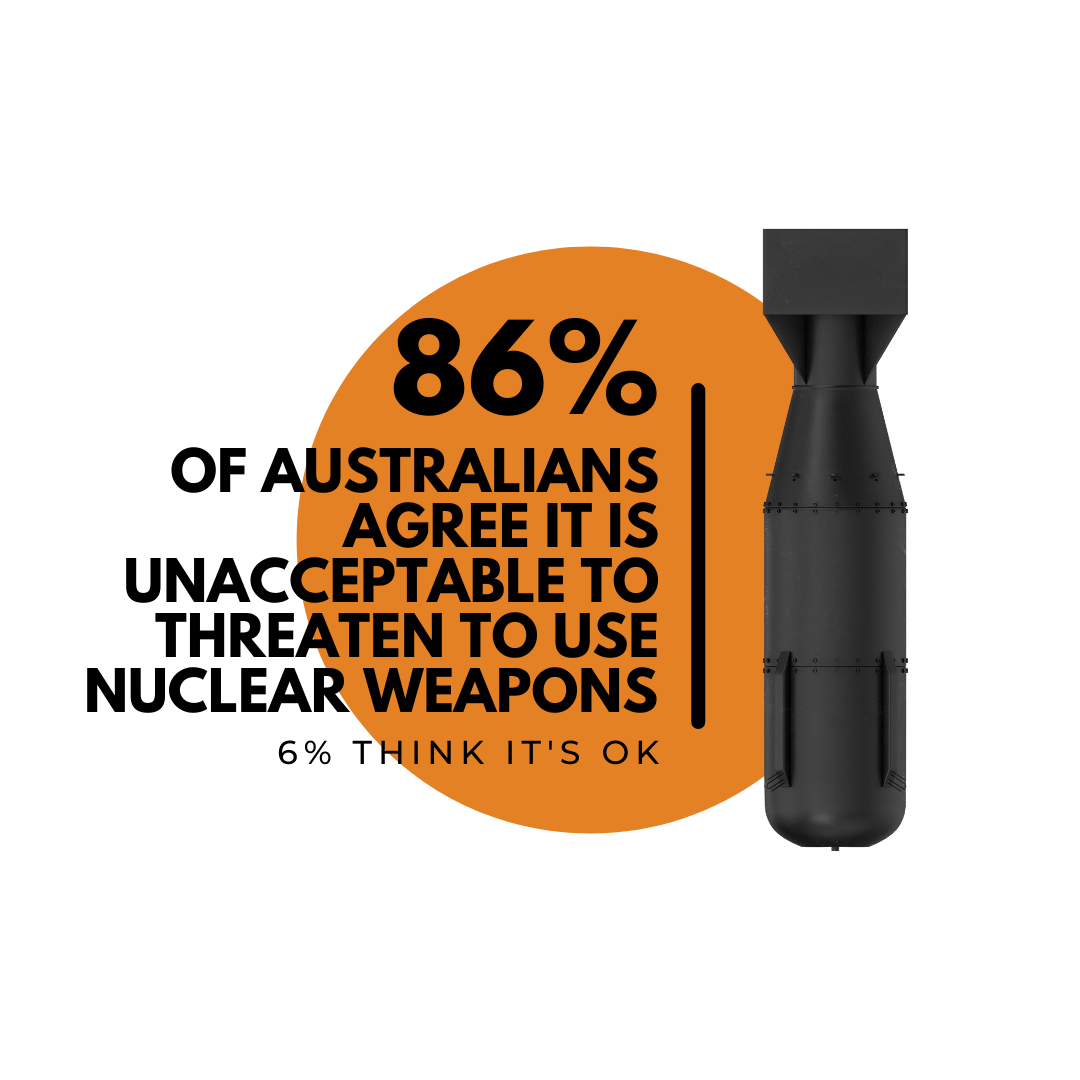 In July 2020 an Ipsos poll asked “Should Australia sign and ratify the Treaty on the Prohibition of Nuclear Weapons?” with the following results:

In November 2018 we asked “Last year, 122 nations voted to adopt a treaty to ban nuclear weapons. Do you support or oppose Australia joining it?” with the following results:

In 2018 a poll also asked prospective Labor voters if they would support a future Labor government joining the treaty and 83% said yes, only 7% said no with 10% unsure.

The level of support for joining the ban is consistently high in the 70-80% range, with the level of objection remaining low and currently lowest at 6%.