THE UN TREATY ON THE PROHIBITION OF NUCLEAR WEAPONS IS NOW IN FORCE.

Entry into force (EIF) is an important milestone on the path to a nuclear weapon-free world. It makes concrete the standard that nuclear weapons are illegal and illegitimate for all states. It represents the moment that the treaty became a permanent part of international law.

State parties to the treaty are now bound by its prohibitions and obligations. A treaty in force can influence the behaviour of states not party, as evidenced by other weapons prohibition treaties.

HOW WILL “EIF” IMPACT STATES PARTIES?

All of the articles of the treaty are now binding upon states parties. States that have signed but not yet ratified are not bound to implement the treaty in the same way as states parties, but they must refrain from violating its object and purpose.

The treaty contains prohibitions and positive obligations that states parties must abide by and implement. The first meeting of states parties will take place in Vienna within one year of its entry into force, where the implementation and progress of the treaty will be discussed.

The treaty prohibits states parties from developing, testing, producing, manufacturing, transferring, possessing, stockpiling, using or threatening to use nuclear weapons, or allowing nuclear weapons to be stationed on their territory. It also prohibits them from assisting, encouraging or inducing anyone to engage in any of these activities, which is important for states allied to nuclear-armed states.

The treaty’s positive obligations relate to safeguards, elimination and verification of arsenals, removal of weapons by states parties that host another nation’s nuclear weapons and urging all nations that haven’t joined the treaty to do so, thereby seeking its universalisation.

HOW DOES EIF IMPACT NON STATES PARTIES, INCLUDING AUSTRALIA?

While non states parties are not legally bound to the terms of the treaty, the norms set out and strengthened by the treaty can shape their behaviour and build pressure for them to join.

The entry into force of the treaty puts Australia out of step with international law. While Australia has joined every other treaty that prohibits indiscriminate or inhumane weapons, the Nuclear Non-Proliferation Treaty and the South Pacific Nuclear Free Zone Treaty, it has not yet signed or ratified the ban on nuclear weapons. This position is contested by a growing nationwide movement and at all levels of government. The treaty reveals Australia’s complicity in the problem by including nuclear weapons in its defence posture.

As a country with a devastating history of nuclear testing, Australia will be obliged to take action as a state party to assist survivors of nuclear testing and take steps towards remediating contaminated environments. These obligations should be informed by and developed in collaboration with impacted First Nations people, nuclear test veterans, civil society, public health and other experts.

Entry into force of previous ban treaties has led to a substantial decrease in the production and deployment of prohibited weapons such as cluster munitions and landmines, both by states parties and non states parties. EIF will also impact the flow of funds to nuclear arms producing companies. Financial institutions often choose not to invest in “controversial weapons,” which are typically weapons prohibited by international law. The entry into force of the TPNW clearly puts nuclear weapons in this category and will likely trigger additional divestment, including by Australian banks and superannuation funds.

EIF OF THE TREATY WILL FURTHER STIGMATISE NUCLEAR WEAPONS, INCLUDING IN AUSTRALIA, BY:

Prompting further debate: more than 250 federal, state and territory parliamentarians have declared their support for the treaty and the federal Opposition, the Australian Labor Party, has committed to sign and ratify the treaty in government. Decision-makers will continue to be asked to engage with this new piece of international law.

Institutionalisation: entry into force will entrench the treaty’s place in the international legal architecture for nuclear weapons. It is already referenced in international fora as signatories and states parties proudly declare their commitment to nuclear disarmament.

Impacting alliances: all states parties in alliances with nuclear-armed states will be required to renounce the use of nuclear weapons on their behalf, and ensure they are not assisting with the use or threat of use of the weapons. Once a state party, Australia will need to cease any policy that countenances and supports the use of nuclear weapons. Other US allies, including New Zealand and Thailand, have already joined the treaty.

It will take years to build the necessary political will for some states to join the nuclear weapon ban treaty. Shifting nuclear weapons from a symbol of status to a liability of shame is slow, yet crucial, work. As the signatures and ratifications of the treaty continue beyond entry into force, non states parties will face increasing criticism from their citizens, international organisations and other states. Almost all of Australia’s neighbours in the Pacific and Southeast Asia support the treaty. It is only a matter of time before Australia joins the treaty and thereby becomes part of the solution to these abhorrent weapons. 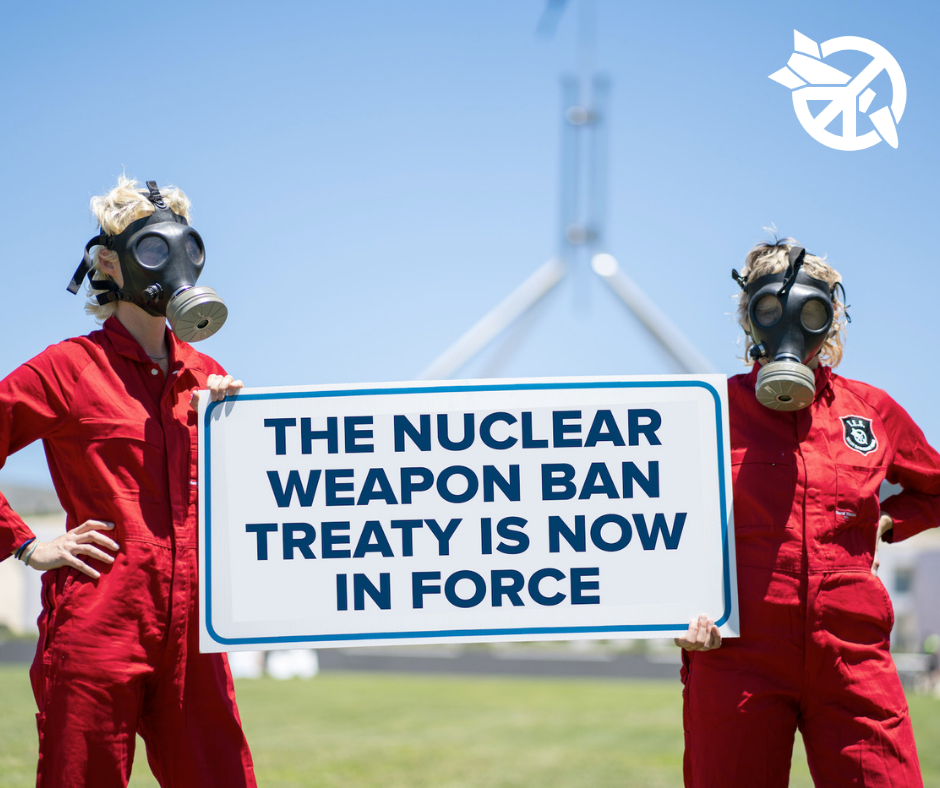 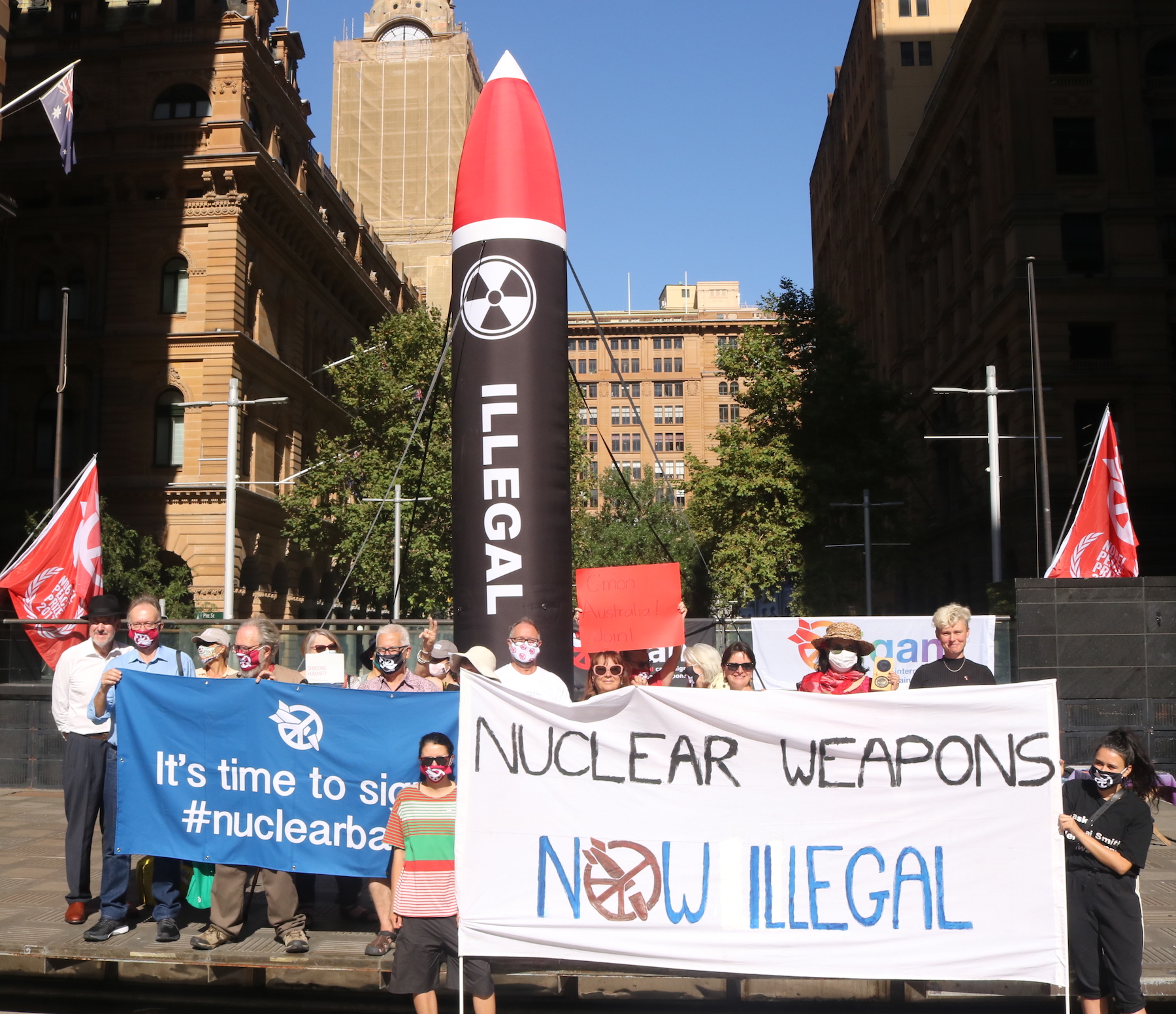 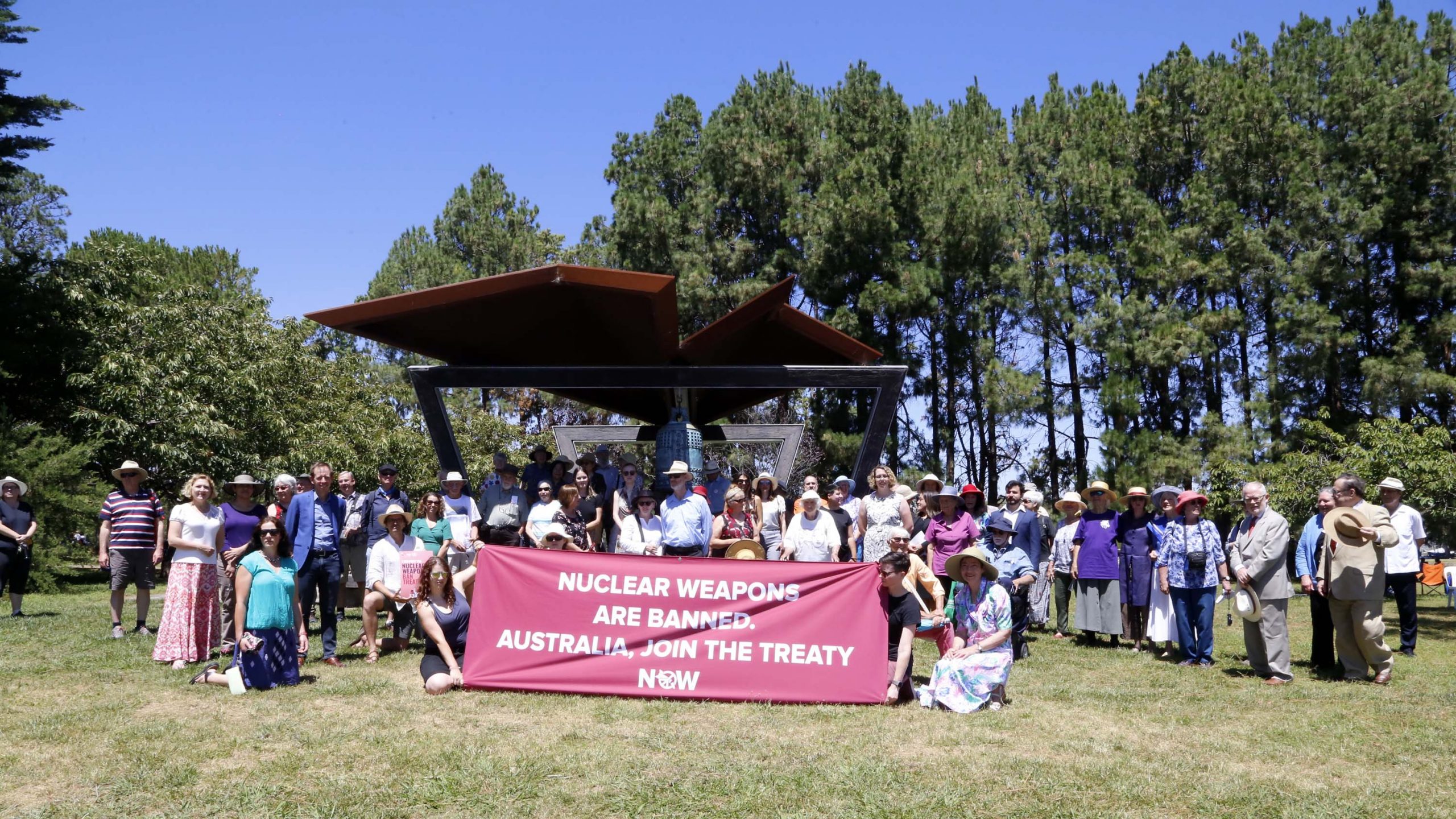