Russia threatens to use nuclear weapons

The world has moved closer to a nuclear catastrophe with the order by Russian President Vladimir Putin to put Russia’s nuclear arsenal on combat readiness amidst his country’s illegal invasion of Ukraine. We strongly condemn President Putin’s order to put Russian nuclear weapons forces on high alert. This is a profoundly dangerous and irresponsible action, especially during a time of war and high tension. We call for an immediate ceasefire and withdrawal of Russian forces from Ukraine.

ICAN Australia urges all nuclear armed states to stand down their nuclear forces and refrain from threatening to use weapons of mass destruction. Any use of nuclear weapons would cause catastrophic humanitarian suffering and the fallout – radioactive, economic and political would cause harm for generations.

Right now, the dangerous policy of so-called nuclear deterrence has not stopped the continued invasion of Ukraine by Russia. This policy – a Cold War relic – does not keep the peace, it assists war to be carried out against the Ukrainian people.

Any policy which is based on the willingness to mass murder civilians and is kept in check by little more than sheer luck will eventually lead to a horrific humanitarian catastrophe. That’s what is being risked right now, and it must stop.

In order to protect ourselves from nuclear war, the world must support the United Nations’ Treaty on the Prohibition of Nuclear Weapons – the only comprehensive legally-binding prohibition which bans the development, possession, threats of use, and use of nuclear weapons and contains a framework for their verifiable dismantlement.

The TPNW provides a desperately-needed pathway for all states to contribute to the stigmatisation and elimination of nuclear weapons.

Australia is complicit in the threat posed by nuclear weapons, by subscribing to the theory of extended nuclear deterrence. This indicates the Australian government is willing to see US nuclear weapons used with our assistance and on our behalf, against the wishes of eight out of ten Australians that want Australia to join the TPNW instead.

Nuclear weapons do not make us safer, they present an existential threat that looms ever closer.

We call on Prime Minister Scott Morrison and Foreign Minister Marise Payne to condemn Russia’s threats to use nuclear weapons, join the TPNW and advocate for all nuclear-armed states to take their nuclear weapons off high alert and disarm. 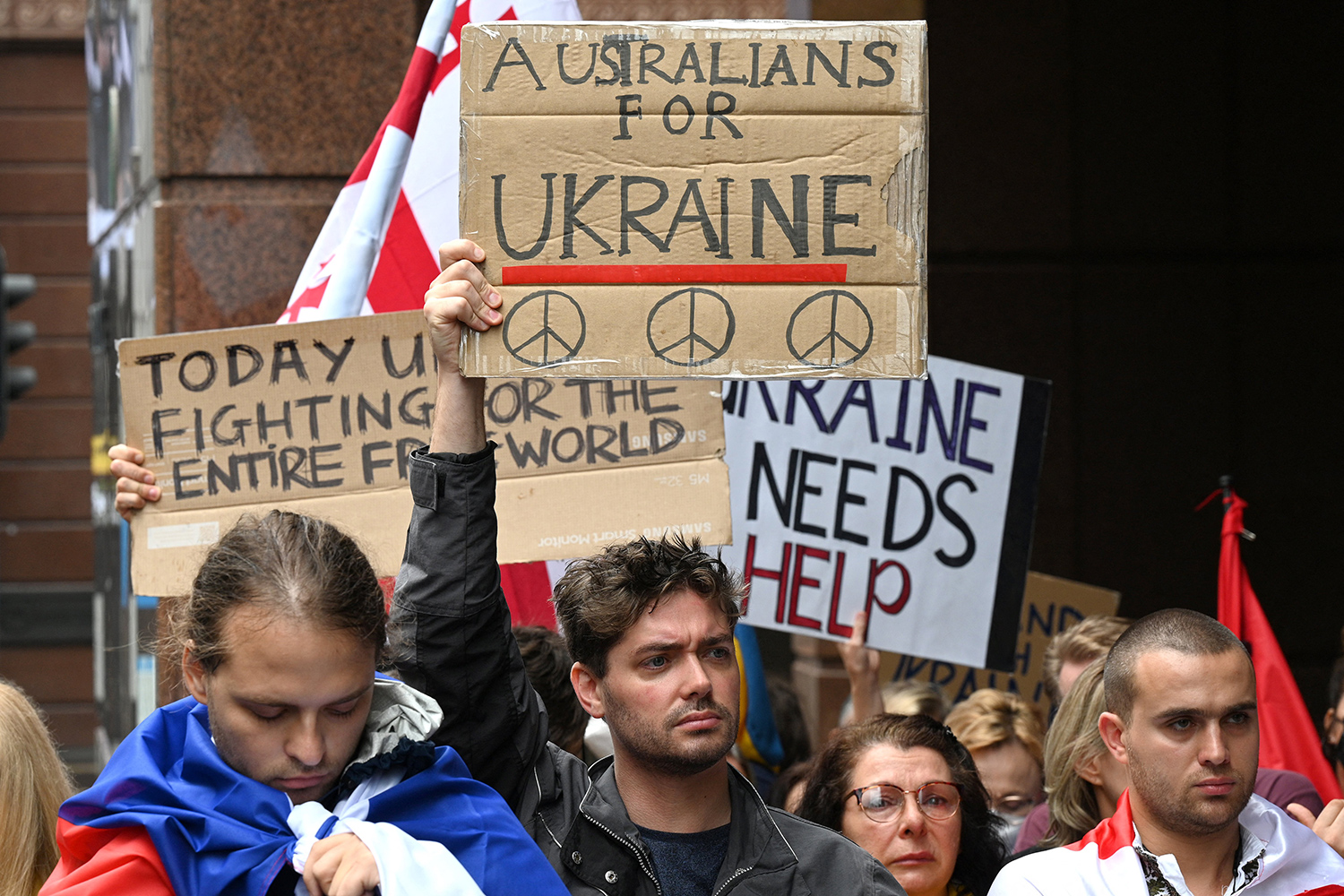 Image: Protesters hold up placards during a demonstration against the Russian invasion of Ukraine in Sydney on February 25, 2022. (Photo by SAEED KHAN/AFP via Getty Images)