Australia’s early ambitions to acquire an atomic arsenal ended when it joined the Non-Proliferation Treaty in 1973. But it has not yet become a strong and consistent supporter of nuclear disarmament. Australia has resisted calls by civil society to sign and ratify the Treaty on the Prohibition of Nuclear Weapons under successive Liberal/National governments.

The Australian Labor Party committed to sign and ratify the treaty in 2018, a policy which was reaffirmed in 2021 ahead of their election to government in May 2022. The new government officially observed the first Meeting of States Parties to the TPNW in June 2022 and dropped its opposition to the treaty when it abstained on a UN First Committee resolution on the TPNW in October 2022.

Currently, Australia contributes to global nuclear dangers through the export of uranium to most of the nuclear-armed nations. Safeguards offer only the illusion of protection against the diversion of Australian uranium for weapons production. Furthermore, many Australian financial institutions, including the government-owned Future Fund, invest in foreign companies that manufacture, maintain and modernise nuclear arsenals. It is time for Australia to end its complicity in the nuclear problem. 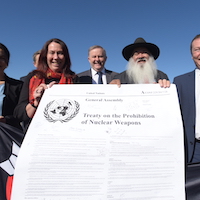 The Australian Labor Party committed to sign and ratify the UN Treaty on the Prohibition of Nuclear Weapons in 2018. This policy was reaffirmed in 2021. Click to read more. → 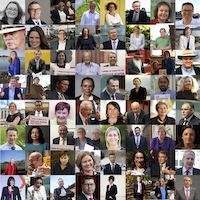 Over 250 federal, state and territory parliamentarians have pledged to work for Australia to sign and ratify the Treaty on the Prohibition of Nuclear Weapons. Click here to find out who they are. → 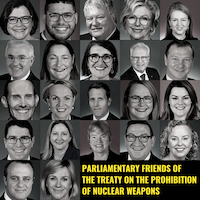 PARLIAMENTARY FRIENDS OF THE TPNW 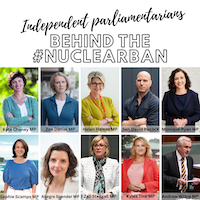 Ten independent parliamentarians have issued a joint statement calling for Australia to engage constructively on nuclear disarmament and the Treaty on the Prohibition of Nuclear Weapons. Read on → 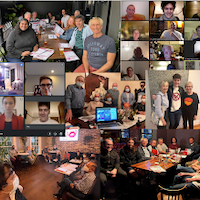 It’s not only the leadership and federal parliamentarians that back the ban. Many state, territory and local Labor branches have considered the issue and passed motions declaring their support, and calling for Australia to join the treaty without delay. → 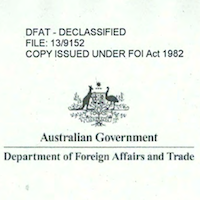 Since 2013, ICAN Australia has used freedom of information laws to obtain documents from the Department of Foreign Affairs and the Department of Defence in an effort to enhance public understanding of Australia’s role in undermining global efforts to advance nuclear disarmament. Please visit the FOI page to access the documents and ICAN’s analysis. →