Parliamentary Friends of the TPNW is launched

Parliamentary Friends of the Treaty on the Prohibition of Nuclear Weapons was launched via video-conference today, with former US Secretary of Defense William J Perry and the Director of Policy at the Ploughshares Fund, Tom Collina. The new group is a cross-party forum for federal Australian parliamentarians to “meet and interact with nuclear disarmament and non-proliferation advocates on matters relating to the Treaty on the Prohibition of Nuclear Weapons, and to discuss ways to ensure the Treaty’s success into the future.”
The group is co-chaired by Ged Kearney MP (Australian Labor Party), Senator Jordon Steele-John (Australian Greens) and Ken O’Dowd MP (The Nationals), and has 22 members in total from the Australian Labor Party, Australian Greens, the Liberal Party, Centre Alliance, the Nationals as well as independents. At the launch, Mr O’Dowd shared his experience of witnessing firsthand the devastating legacy of nuclear testing in Kazakhstan, and Senator Steele-John stated that “the elimination of nuclear weapons is not a policy initiative to strive for but prerequisite of human life on this planet”.
William Perry discussed the risks of false alarms, unstable decision-makers and cyber-attacks triggering a nuclear war. He noted the real danger that “we might blunder into a nuclear war”. Tom Collina spoke about opportunities for change and the urgent need to redirect funding from nuclear weapons into more socially useful initiatives. He stated that the ban treaty is a tremendously important step, which “builds international pressure in the same way the Chemical Weapons Convention and Biological Weapons Convention do”. He urged nations to work to bring it into force to increase that pressure. ICAN co-founder Dimity Hawkins said that political will “is what it takes to dismantle these weapons – it is not magical thinking – it is a matter of political determination” and urged the new group to progress Australia’s ratification of the ban treaty.
Eighty-eight members of the federal Parliament have pledged to work for Australia to sign and ratify the treaty, as well as hundreds of state and territory parliamentarians. While the Australian Government remains opposed to joining the ban treaty, the federal Opposition, the Australian Labor Party, has committed to sign and ratify in government. Support for the treaty is high among the general public at 79% (Ipsos, November 2018) and local councils are joining the call with 27 endorsing the ICAN Cities Appeal.
Members of Parliamentary Friends of the Treaty on the Prohibition of Nuclear Weapons (23): 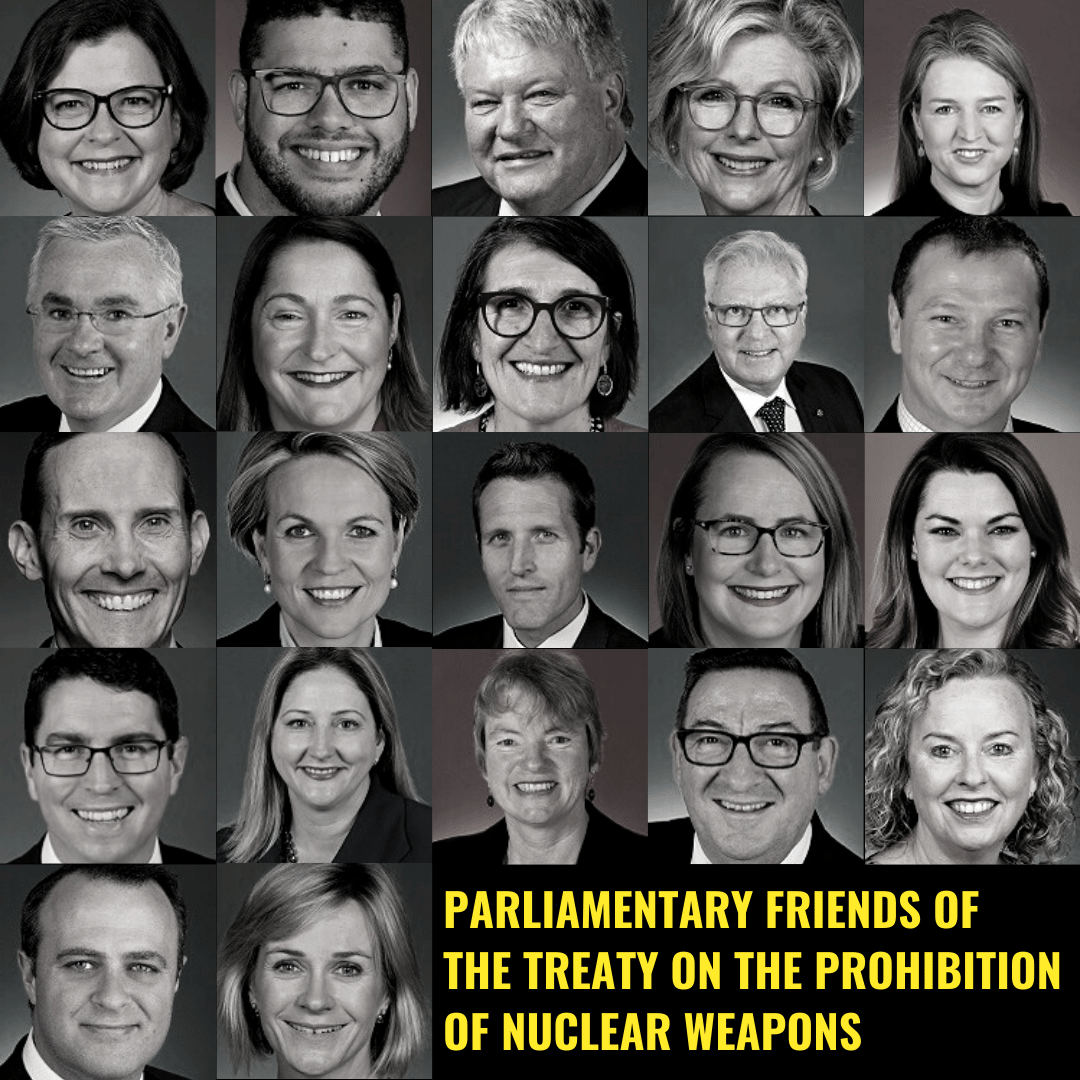