Sachertorte #5: Meeting of States Parties to the TPNW, Day 2

First Meeting of States Parties to the Treaty on the Prohibition of Nuclear Weapons, Day 2

The deliberations of the TPNW’s historic First Meeting of States Parties continues, with attendees’ focus shifting to the consideration of the current status and implementation of the Treaty.

Back in Vienna, representations to the conference were made by non-state parties, joining as signatories or interested observers.

Indonesia, a signatory yet to ratify the Treaty, spoke forcefully about the legal and technical advancements presented by the TPNW, compared with existing nuclear weapons instruments. The Dominican Republic described the treaty as “a new and valuable instrument of nuclear disarmament.”

Morocco, the first observer state to speak, offered a strong endorsement of the Treaty and its aims. The delegation offered a history of strong verbal support for TPNW during its development, and offered remarks on the importance of multilateral negotiations in achieving nuclear disarmament.

This emphasis was one of several themes among the non-state party observer contributions. Germany, host to US nuclear warheads, referenced the NPT and its Review Conference (due in August) as an “irreplaceable” venue for continuing disarmament efforts, while acknowledging the “strain” the NPT has come under in recent decades, as armed states continue to replenish their nuclear stocks. Germany also suggested the TPNW was incompatible with their membership of the North Atlantic Treaty Organization – a claim that MSP President Alexander Kmentt has explicitly contradicted to NATO itself. 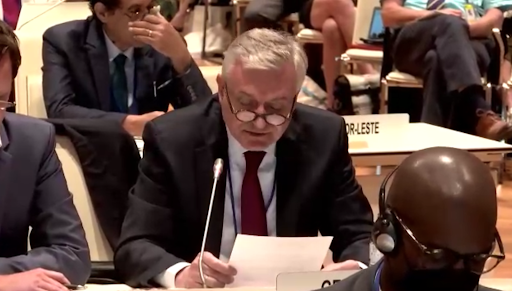 Switzerland, Norway, and the Netherlands made similar gestures to critiques of the TPNW. ICAN Australia has a number of resources that address these and other misconceptions about the Treaty, including our Choosing Humanity report and For the Record.

Not all observers gestured towards multilateralism in their reservations towards the TPNW. Observer state Sweden explicated that it does not view the non-participation of nuclear armed states as a limitation of the TPNW’s efficacy, instead asking for clarification on the Treaty’s interaction with existing verification architecture. Brazil reported that the Treaty is currently before the National Congress, and reaffirmed support for TPNW processes. All observers expressed verbal commitment to the cause of nuclear disarmament, and the elimination of nuclear weapons.

“We Are Crying”: Survivors Continue to Lead

Among the most impressive contributions to MSP have been from nuclear survivors and communities affected by nuclear testing. Masao Tomonaga, Chair of the Nagasaki Global Citizens Assembly for the Elimination of Nuclear Weapons, made one of many such powerful testimonies. 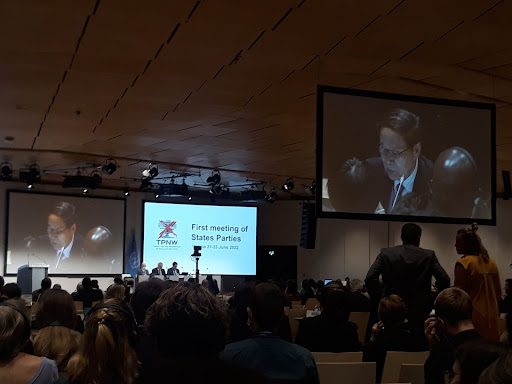 Image: The Nagasaki Global Citizens Assembly for the Elimination of Nuclear Weapons making a statement at MSP1.

Dr Tomonaga was 3 years old on August 9 1945, when he was saved from a small wooden house by his 20 year old mother. He became a doctor and encountered a high prevalence of cancer and disease among survivors, and the lifelong anxiety this presents to Hibakusha communities. He offered a sharp critique of Japan’s reliance on the so-called nuclear umbrella:

“We are crying…to see this dilemma, and the high wall we need to overcome to realise a nuclear-free world before all Hibakusha die.”

Kiribati ended discussion of Article 12 with an impassioned plea for cooperation on disarmament. The more than 300 tests in the Pacific (in the Marshall Islands, French Polynesia, and elsewhere) “cast long shadows”. The delegate noted the Treaty of Raratonga, which bans testing of weapons in the pacific region, and the TPNW as continuation of this policy: 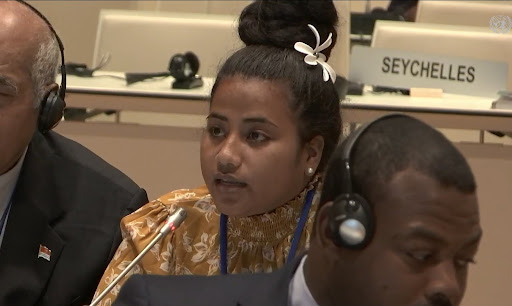 The Nitty Gritty: Status and Operation of the Treaty

The Conference then proceeded to discuss the detail of working papers and draft action plans prepared by States Parties since the Treaty entered into force, for consideration and escalation by States Parties and observers. The discussion was divided into sections dealing with specific articles of the Treaty.

Article 2: Declarations regarding the ownership, possession or control of nuclear weapons

60 declarations had been made by States Parties, but no state declared developing, testing, producing, manufacturing, transferring, possessing, stockpiling, or hosting nuclear weapons since January 22 2021.

Fiji reported on consultation around universalisation; the paper proposes establishing a working group of key stakeholders to oversee efforts to further this objective.

The Philippines argued the objective goes beyond seeking new formal accessions; Article 12 also covers adherence to the treaty’s norms, and public education on its goals.

Cuba suggested the use of upcoming anniversaries to call for accessions; enjoins States Parties to act similarly with RevCon statements, No Nukes day, statements in the September session of the UN General Assembly, etcetera. 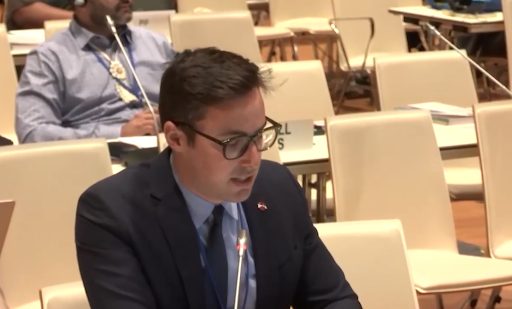 ICAN’s Treaty Coordinator Tim Wright presented the civil society case for expansion of the Treaties membership. Tim reported that 86 states are now signatories, and 50 states have explicitly supported the Treaty in the UN GA. He stressed importance of the September UN GA session in making new signatory announcements, and was confident that “membership of this indispensable Treaty will grow steadily over time…which region will be next?” He reaffirmed the work of encouraging new States Parties as ICAN’s highest priority:

“We pledge to work with you, the States Parties, until every last country is on board.”

The World Council of Churches, representing 145 organisations, offered a forceful endorsement of the Treaty:

“Our faith traditions call us to denounce this misuse of resources, and to call for greater  international cooperation to end nuclear weapons forever. Nuclear weapons are a tool of domination and violent coercion in a time where we urgently need to prioritise human security.”

Article 4(2): Deadlines for the removal from operational status and destruction of nuclear weapons and other nuclear explosive devices, and their removal from national territories

The Philippines, Indonesia, and Cuba concurred with the working paper’s proposals. The delegation from the Philippines thanked South Africa for their unprecedented unilateral surrender of nuclear weapons, and called for technical and logistical guidance in defining “realistic and practical, yet credible” deadlines.

Mexico presented the working paper. The delegation argued expanding verification infrastructure, including establishing a competent international or national authority, was central to the purpose of the TPNW.

Cuba expressed openness about the nature of new verification infrastructure. The delegation addressed the allegation (made by nuclear states or members of NATO) that the Treaty’s requirements are not verifiable, “and we need to demonstrate, in practice, that this allegation is false.” 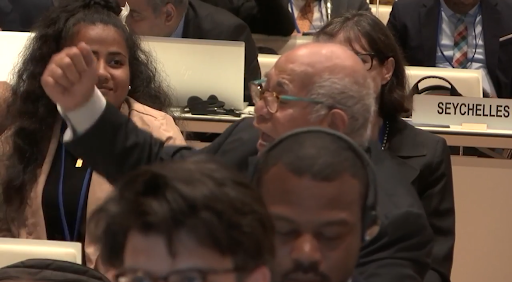 The Philippines stress that “the onus to undertake victim assistance should not fall on the affected states, who are the very victims of this humanitarian impact.”

The Cook Islands reiterated support for proposed international trust fund: “We see this human aspect as an important point of difference between this treaty and others.”

Ahead of schedule, the Meeting then skipped to this item, due for the final day of the Meeting.

A consensus of establishing a working group to invigilate the proposed action plan during the intercessional period emerged from statements made.

Cuba noted the illegal occupation of Guantanamo Bay by the United States, and that this diminishes Cuban responsibility for the operation of the Treaty in this area.

Nuclear Ban.US stressed the accountability of businesses and other institutions that make possible the production of nuclear weapons and material. The delegate argued for penal sanctions to prosecute individuals and corporations for violations. Repeating proposals made by ICAN, stressed the need for full incorporation into domestic law: “It is critical to the success of this Treaty that the financing of nuclear weapons becomes as stigmatised as the weapons themselves”. The delegate cited Irish law, which provides for life imprisonment for offenses against the Nuclear Prohibition Act 2019:

“That’s what I would call a deterrent.”

With one day to go, the First Meeting of States Parties has already made progress on a number of practical and substantive matters. The conference will wrap tomorrow, when a final report will be adopted, and attendees will depart from Vienna with a renewed purpose in the struggle against nuclear weapons.