Christian Super CEO Ross Piper said “at Christian Super, we recognise that nuclear weapons have indiscriminate, disproportionate, and ongoing impacts on human flourishing. As such, the Fund has been free from exposure to nuclear weapons since 2006, as a part of our overall faith-based investment approach.”

“As health systems in nuclear-armed states struggle to address the impacts of COVID-19, the injustice of nuclear spending is starkly obvious. While the number of companies that are involved in nuclear weaponry is small, most Australian super funds are, unfortunately, implicated in their work,” said Quit Nukes Director Margaret Peril.

The 2017 UN Treaty on the Prohibition of Nuclear Weapons prohibits the financing of nuclear weapons within the ban on assistance with their production. Since the adoption of the groundbreaking treaty, financial institutions worldwide are cutting ties with nuclear arms producers, citing the treaty as their reason for doing so.

The TPNW comprehensively outlaws nuclear weapons, undermining their social and political status. As the amount and scope of funding available to nuclear arms producers shrinks, the norm strengthens against these worst of all weapons of mass destruction.

“The nuclear weapon ban treaty is the catalyst for this campaign, which is seeing Australian superannuation reject nuclear weapons even before Australia ratifies. We encourage all financial institutions to follow suit and ensure their holdings are not contributing to the existential threat of nuclear violence,” said Peril. 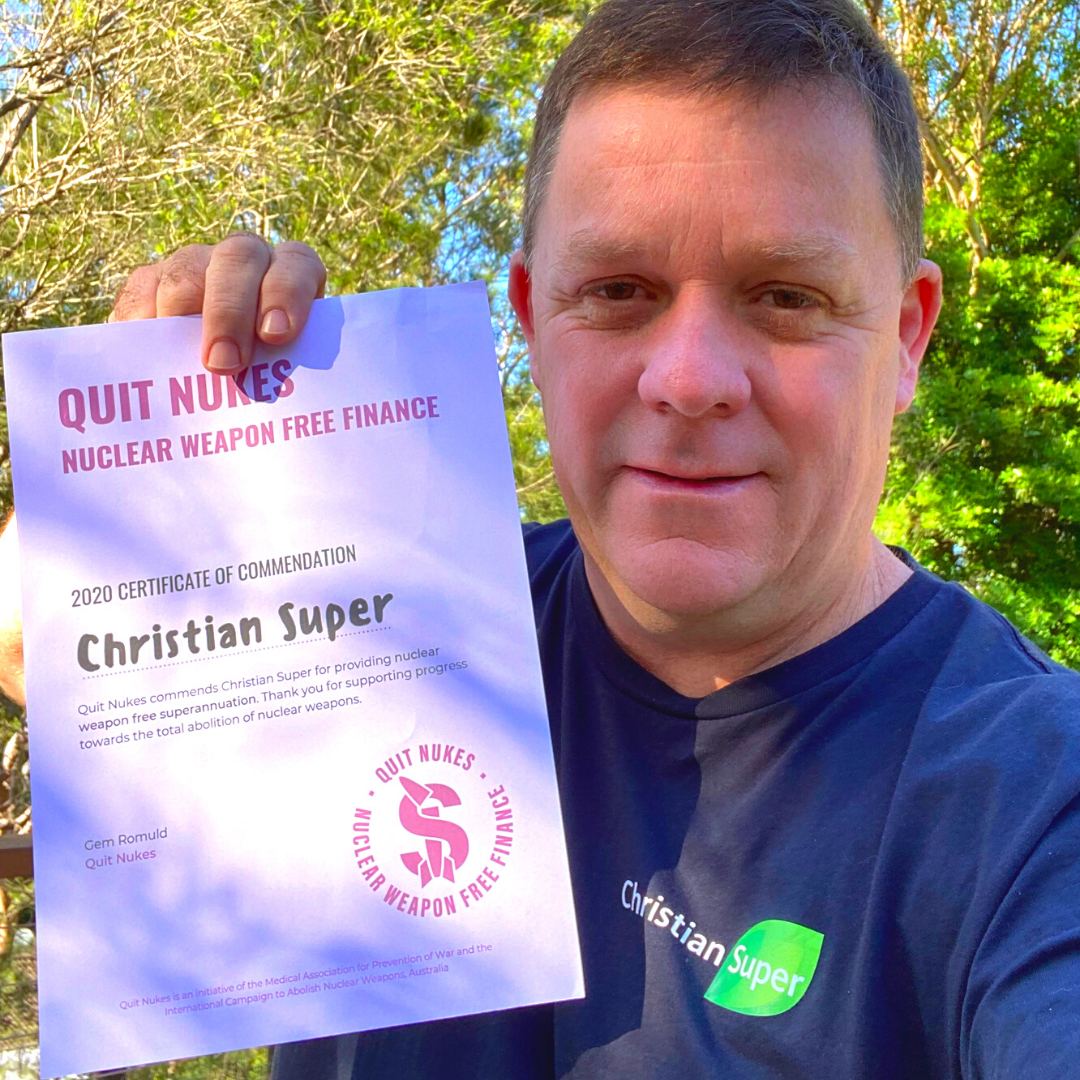