Malaysia has become the 46th nation to ratify the Treaty on the Prohibition of Nuclear Weapons. Its minister of foreign affairs, Hishammuddin Hussein, signed the instrument of ratification for the landmark disarmament treaty at a ceremony in the nation’s capital, Kuala Lumpur, on 30 September 2020. It was deposited with the United Nations later that day.

Just four more ratifications are now needed to bring the treaty into force. “By joining, Malaysia is contributing to the goal of a world free of nuclear weapons,” Hussein wrote in a tweet. Malaysia has long championed the abolition of nuclear weapons. It played an instrumental role in the negotiation of the treaty in 2017 and was among the first to sign it.

In a statement to the United Nations following the adoption of the treaty, Malaysia argued that “the political and legal impact of this treaty will steer the international community collectively towards the elimination of nuclear weapons”. It also noted that the treaty “sends a powerful political message that nuclear weapons are categorically unacceptable”.

The treaty comprehensively outlaws nuclear weapons and establishes a legal framework for the elimination of existing stockpiles. It also mandates assistance to victims of the use and testing of nuclear weapons. It will enter into force 90 days after the 50th instrument of ratification is deposited. 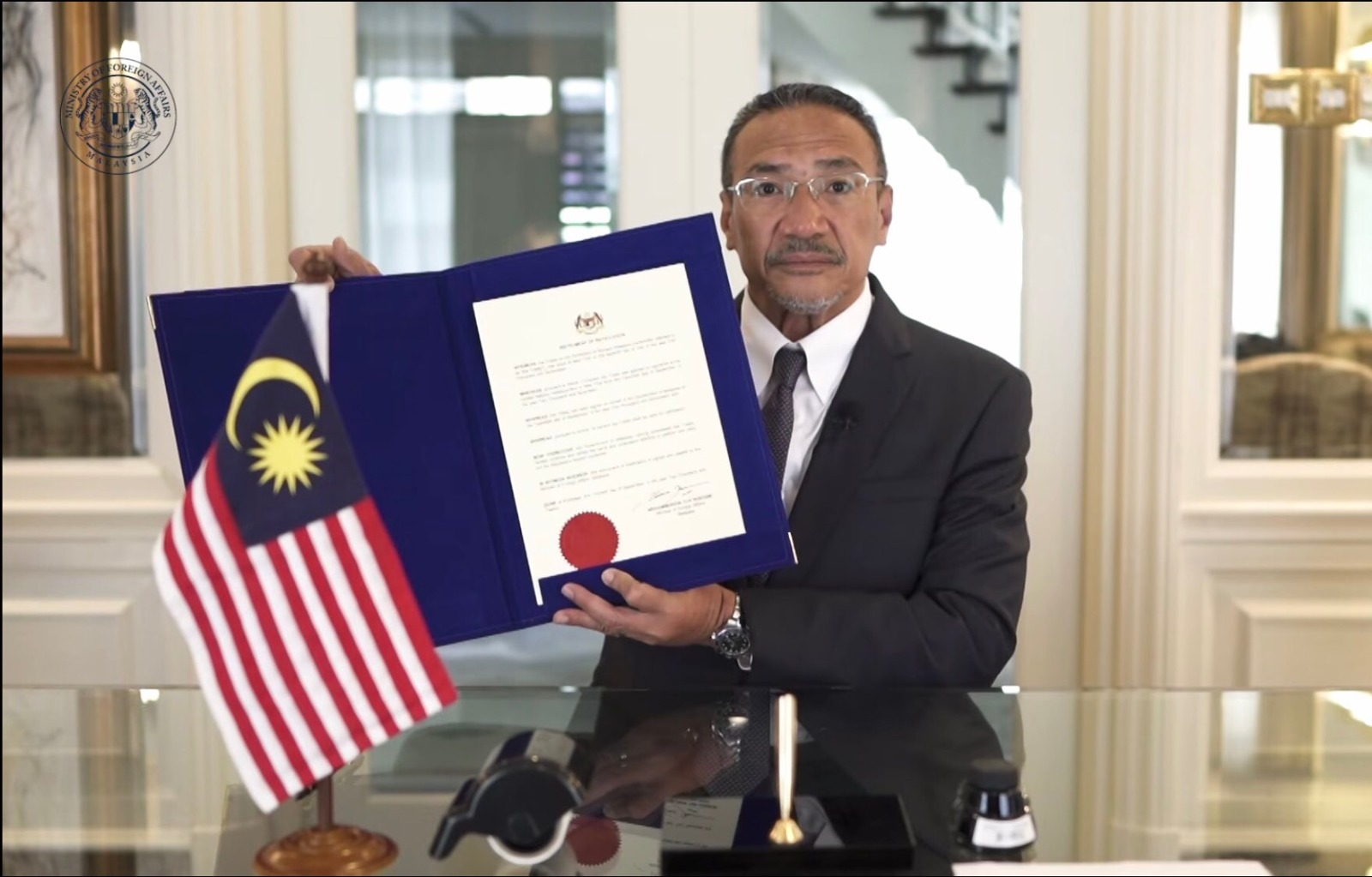 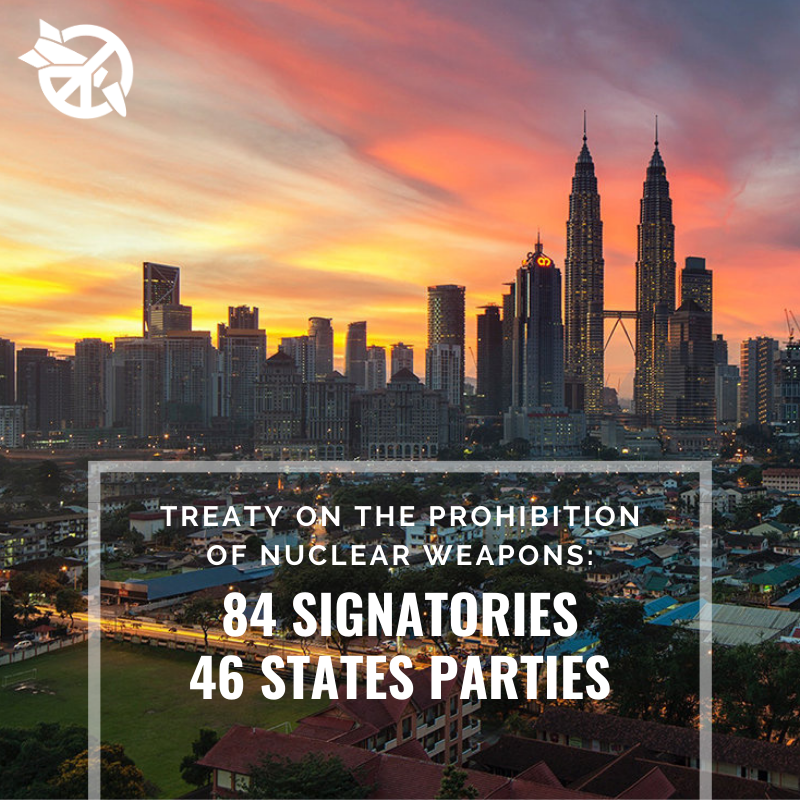