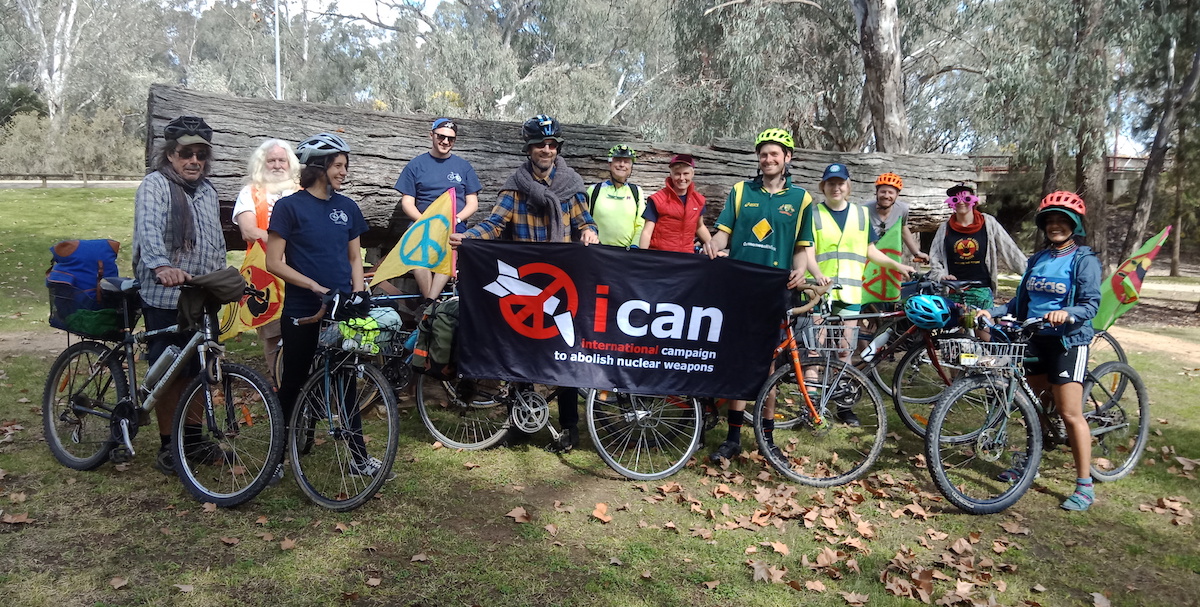 In September 2018, ICAN journeyed from Melbourne to Canberra by bicycle, touring our Nobel Peace Prize medal and raising awareness of the UN Treaty on the Prohibition of Nuclear Weapons.

Beginning on September 2 in Melbourne, the birthplace of ICAN, we arrived in Canberra on September 20, marking one year since the nuclear ban treaty opened for signature and demanding our Government join this landmark accord as a matter of urgency.

The Nobel Peace Ride was made possible by the 2018 Jessie Street Trust grant.