In September 2021 the Australian, UK and US heads of state announced a new partnership “AUKUS” and their intention to assist nuclear-powered submarines for Australia. The Australian Government is currently undergoing an 18-month scoping period on this proposal.

ICAN Australia has launched a new report ahead of the tenth Review Conference of the Nuclear Non-Proliferation Treaty (NPT) in August 2022, Troubled Waters: nuclear submarines, AUKUS and the NPT.

Troubled Waters critiques the Australian government’s proposal to acquire nuclear-propelled submarines and proposes closure of the loophole in safeguards under the nuclear Non-Proliferation Treaty (NPT) that would be exploited for the plan to go ahead.

Former Head of Verification and Security Policy Coordination at the International Atomic Energy Agency, Tariq Rauf, argues that the planned submarine deal would pose a threat to nuclear non-proliferation and that states parties to the 1970 NPT should consider amending the treaty’s operation to prevent all non-nuclear-armed states from gaining access to nuclear propulsion technology.

Further, the new Australian government has the opportunity and mandate to provide enduring certainty of the government’s commitment to nuclear non-proliferation and disarmament by signing and ratifying the UN Treaty on the Prohibition of Nuclear Weapons.

Troubled Waters was first published in January and revised in July 2022. 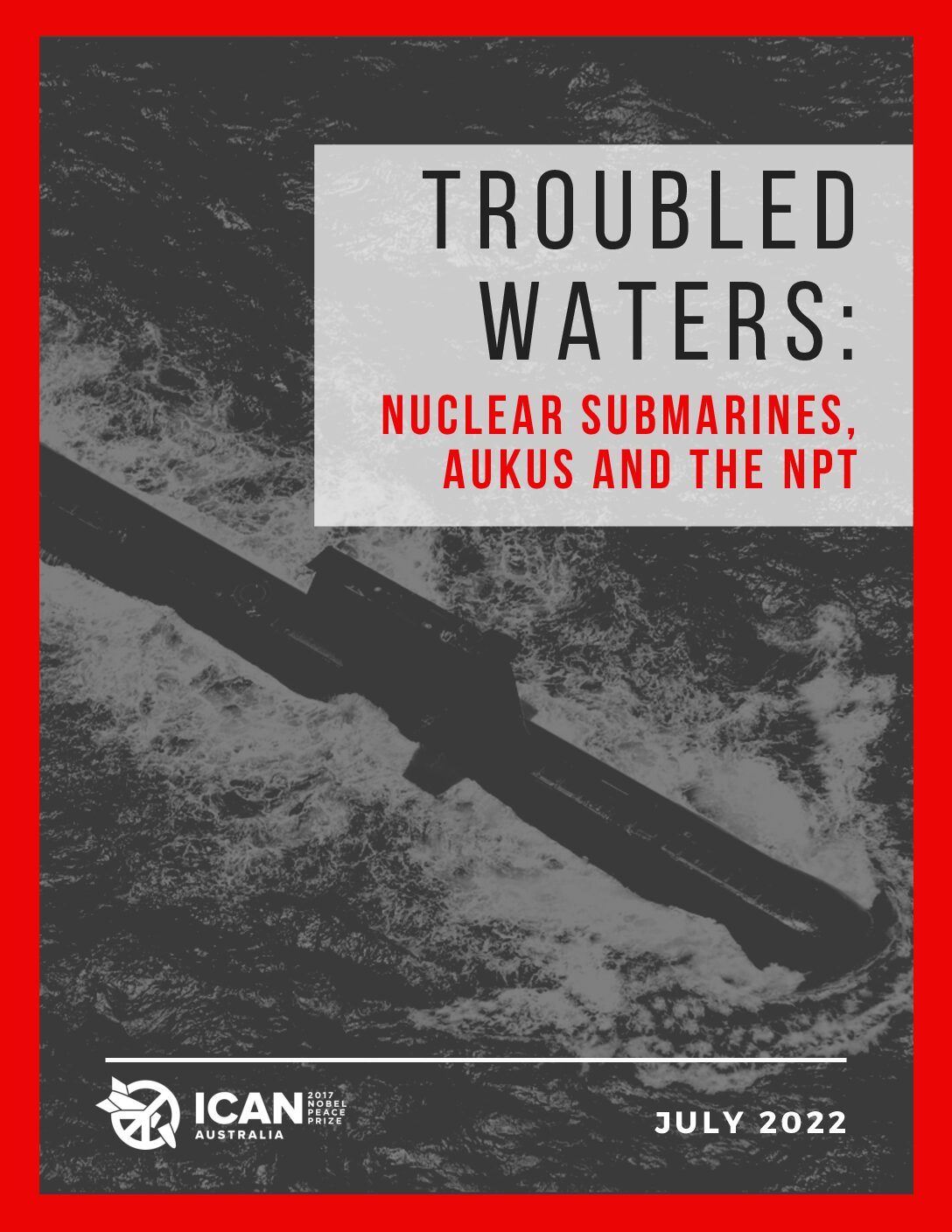