To commemorate the 75th anniversaries of the nuclear bombings of Hiroshima and Nagasaki, 6 members of the WA Parliament spent an hour discussing nuclear disarmament in the chamber during private members’ business. It was led by Matthew Swinbourn MLC, with all speakers affirming the urgent need for Australia to sign and ratify the Treaty on the Prohibition of Nuclear Weapons.

Please click below to view the video, and read highlights below. 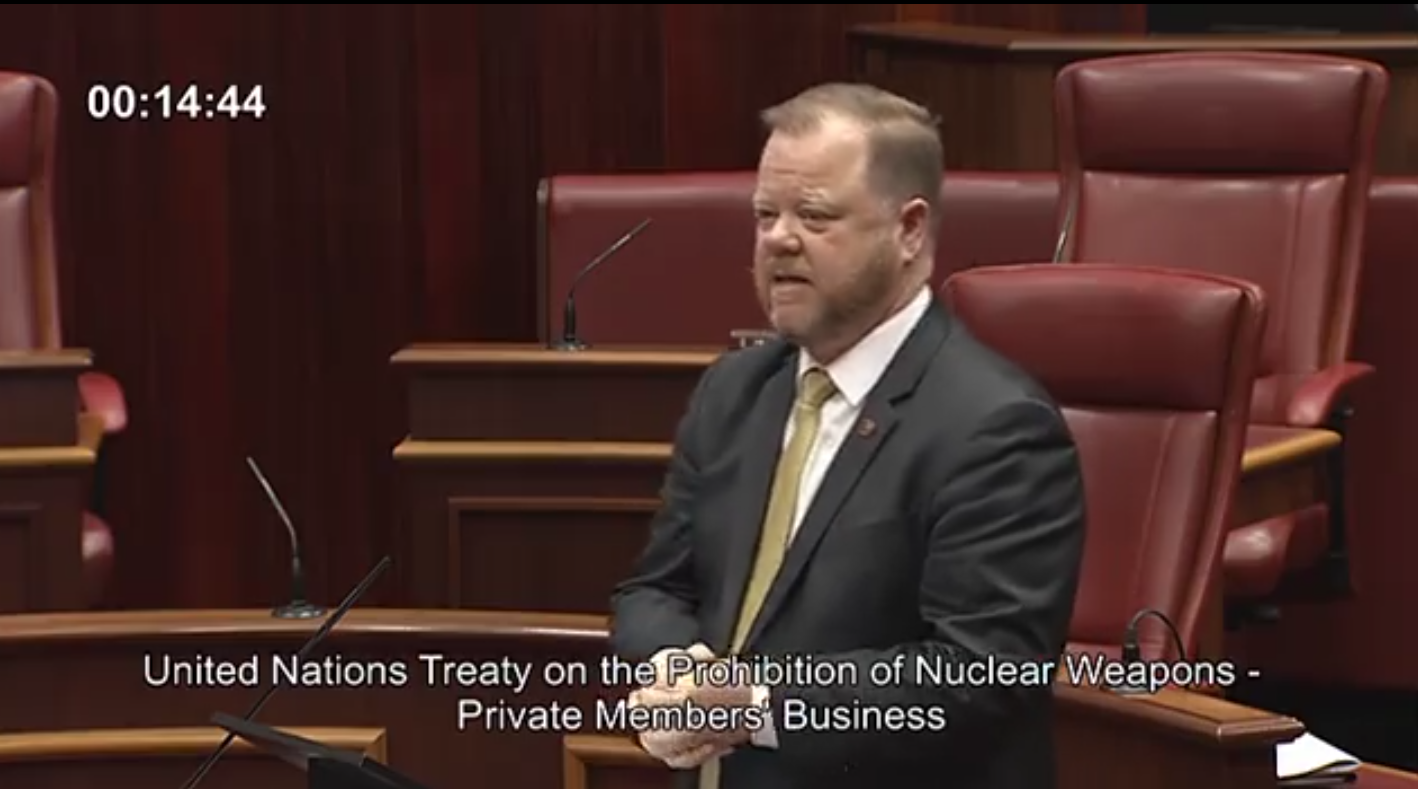 “Nuclear weapons are morally repugnant, indefensible, they are a continuing threat to humankind and the environment, Australia should ratify the treaty, as should all nuclear weapons states”

“The indiscriminate nature of atomic bombs make them an immoral and unethical weapon. From my experience in army days, there are many types of weapons, including landmines, that are prohibited, because of their indiscriminate nature and the unnecessary pain and suffering… I think all nations should sign up to this Treaty, should protect the one earth we have.”

“I think it is shameful that Australia has not yet signed the 2017 Treaty on the Prohibition f Nuclear Weapons. I would ask every single member in this house to raise this with their federal counterparts and to push for a nuclear free world”

“This is a massive issue for everybody in this world, not just for the leaders, this is something that everyone has to live with the ramifications. If that button is pushed by any of these countries, you may not have had a say in it, you may not have even known about it but you are definitely going to have to live through the consequences. And them consequences are dire.”

“Because of all the risks involved in this, the TPNW is the way to go. The best way that Australia can impact in this area, on the safety of the world, is by signing up to this Treaty. I support this motion.”

“The reality is quite simple, Australia must sign this Treaty, the UN Treaty on the Prohibition of Nuclear Weapons. I don’t know why we haven’t signed it yet, we must sign it, for some reason the Commonwealth Government is dragging its feet. The party to which I belong, the Australian Labor Party has committed to signing this UN Treaty the moment that we take government, and I’m very proud of that, and proud to be a member of the ALP with that commitment that Australia will become a signatory to the UN TPNW”.