Media Release: Australia must make its own decision on nuclear weapons treaty

US Embassy officials in Canberra have warned Australia against signing and ratifying the UN Treaty on the Prohibition of Nuclear Weapons, saying it would be inconsistent with Australia’s policy of nuclear deterrence.

ICAN Australia Director Gem Romuld said “It’s no surprise that the US don’t want their allies to sign on, because if we claim protection from their so-called ‘nuclear umbrella’ then it helps justify their continued retention and possible use of these illegal and indiscriminate  weapons.”

“The majority of nations recognise that ‘nuclear deterrence’ is a dangerous theory that only perpetuates the nuclear threat and legitimises the forever existence of nuclear weapons, an unacceptable prospect.”

As a non-nuclear weapon state, Australia has ratified the Nuclear Non-Proliferation Treaty, the Rarotonga Treaty (South Pacific Nuclear Weapons Free Zone) and the Comprehensive Nuclear Test Ban Treaty. Australia has signed many multilateral disarmament treaties, including those prohibiting chemical and biological weapons, anti-personnel mines and cluster munitions. The US has refused to sign some of these, and has failed to ratify the nuclear test ban treaty championed by Australia. Pressure is mounting for Australia to sign and ratify the TPNW, which entered into force in January 2021.

The Australian Labor Party has committed to sign and ratify the treaty in government. Consistent with this position, it participated in the first Meeting of States Parties to the TPNW in June as an observer and ended its formal opposition to it by abstaining on a UN First Committee vote last month, in which the previous government voted no.

The TPNW asserts there are no acceptable circumstances to use or threaten to use nuclear weapons, and outlaws any role for nuclear weapons in a state party’s security doctrine. There is strong support among Australians, with 76% of the population supporting Australia signing and ratifying the treaty, and only 6% opposed (Ipsos 2022).

The TPNW allows states parties to remain in military alliances with nuclear-armed states, provided they do not assist or cooperate on nuclear weapons. Several US allies have successfully signed and ratified the treaty: New Zealand, the Philippines and Thailand.

“The nuclear weapon ban treaty is a powerful tool to break the current disarmament deadlock. It’s now up to Australia to reject the use or threat of use of nuclear weapons on our behalf. Like New Zealand and the Philippines, we can remain allies without supporting nuclear weapons or assisting in their possible use. A mature relationship and genuine partnership has the capacity to deal with complexity and Australia must not be a nation that facilitates nuclear weapons.”, Romuld said. 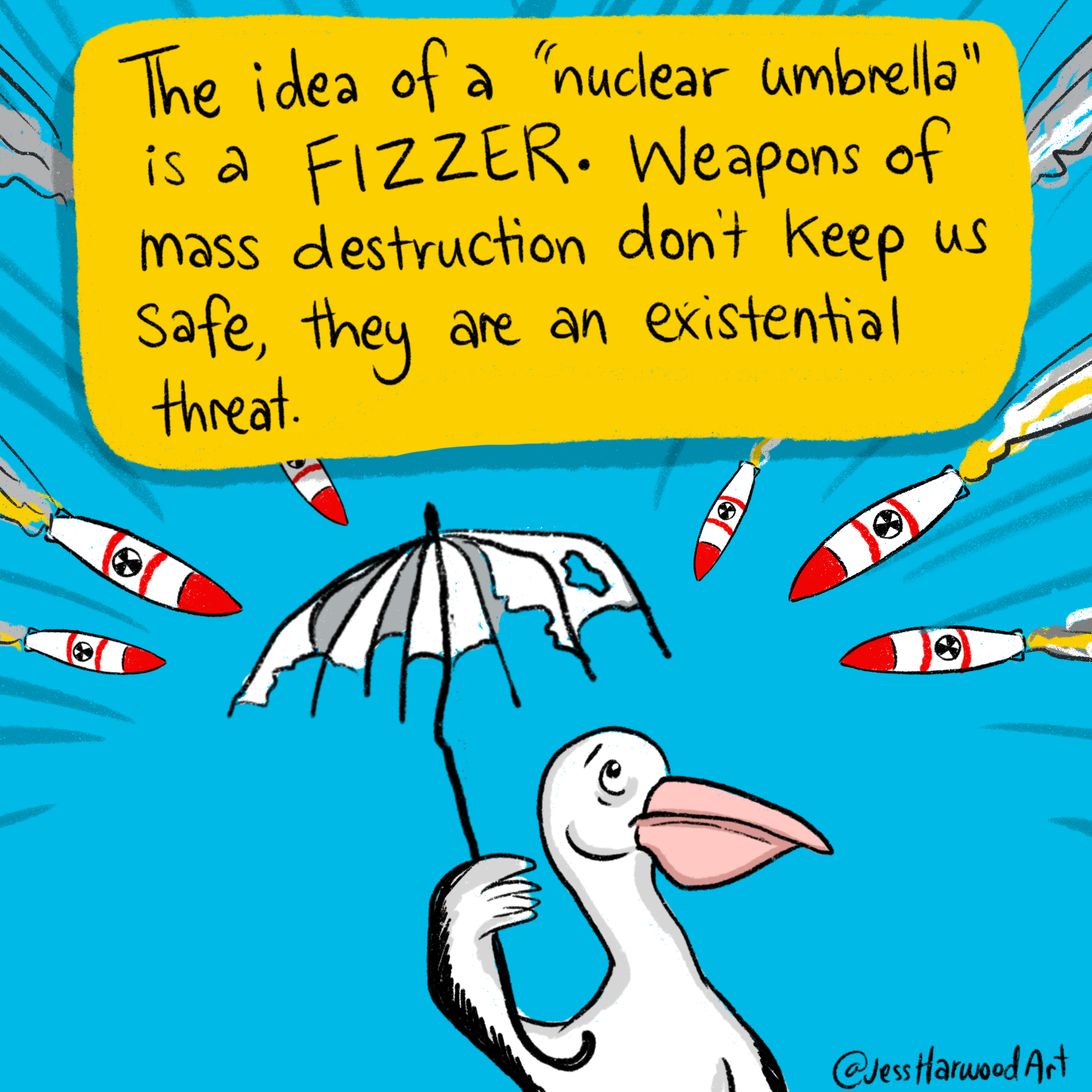